by Ghana Loaded
in uncategorized
0 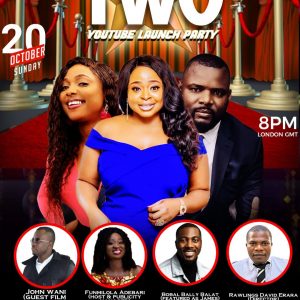 “It Takes Two” #The Movie Synopsis
A captivating, emotional, funny and much relatable story. Frederick Mark is a rich business man who made his fortune creating a tech company with his friend James Brown.
His wife best friend Mabel also joins the organization as an executive assistant. James being the smart guy figured out Mabel is so envious of her friend, Elsie and she’s determined to see her ruin. He plays on her intelligence and was able to convince her that their mission
can be intertwined as one if they can team up to convert the company’s funds into their personal account.. Happy Mabel who for once is seeing somebody who shares her ideology embraces this idea wholeheartedly.
Mabel’s goal is to see Elsie her best friend whom she is jealous of shattered she deploys every means to destroy her marriage. While James on the other hand wants to convert all the company funds to himself alone and abscond with the money. 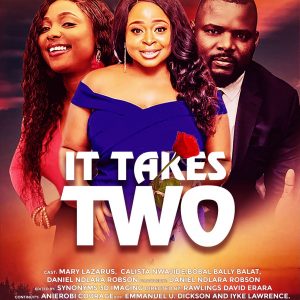 The both party deploys means to destroy this couple with several gimmicks that seems to be working from the start but at the climax of the story, Frederick realizes how gullible he has been, he started to see some loose ends with the people he has entrusted with his life. He also came to a realization that he has been unfair to his wife and has treated her poorly based on
the lies her best friend has told him. Himself and his wife reconciled, teamed up to get back what the evil friends surrounding them has stolen from them.
When Mabel and James noticed that they have been found out and the Mark family are beginning to be on their A game. She and James decided to abscond with the funds they’ve been able to move to a swiz account. Oblivious to Mabel that James was only using her weakness to Favour himself all along, there has been no intention of sharing the money with her. When she became aware of James tactics she kills him at the point of escaping she was caught and reprehended.
Produced by Daniel Ndlara Robson Founder and CEO of Star Galaxy Media a London based film maker and expect more action and captivating movie in Nollywood soon as an actor and producer as further plans on more projects are on ground before the year runs by.
Tags: All You Need To Know About The Movie Taking Over "It Takes Two"
Previous Post