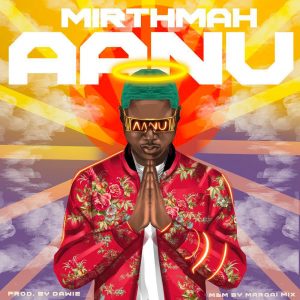 Often revered for his exceptional songwriting and charming, tender vocals, “Aanu” sees Mirthmah in an introspective mood. He’s clothed in the cloak of gratitude, expressive about the joys and uncountable blessings from the creator.

Building off the beat’s poignant feel and rhythmic backdrops, Mirthmah’s earwormy vocals swim between English and Yoruba language. Layered over simple percussion, the gentle sonic structure aids the singer to glide in, offering thanks to the creator and at the same time taking a sneer at the naysayers.

Aanu at first listen sounds like a prayer, yet the track is also a feel-good Afropop track.

EP: HorluwaFreezy – Son Of The CP