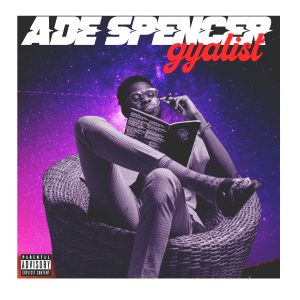 Adeoye Ogunsanwo popularly known as (Ade Spencer) is a sensational afro-pop Singer,Rapper & Songwriter who proffesionally started making music in 2015, he hails from Ogun state and was born and bred in Lagos state. He has a passion for art in general and solemnly believes every occurrence is a work of art. He is also a serial entrepreneur and has partnered with several C.E.Os,

executives and solopreneurs to grow their personal and professional brands, human-to-human.

There has always been a passion for music in him and around him as it runs in his family lineage , his grandfather has been credited for composing several hymns in the catholic hymn book. He created a record label in 2019 called “Broken natives” which he describes as a Nigerian music group and Concept which relatively conceptualizes bringing together the true meaning of art in Africa as a whole by promoting black entrepreneurship, unity and self governance.