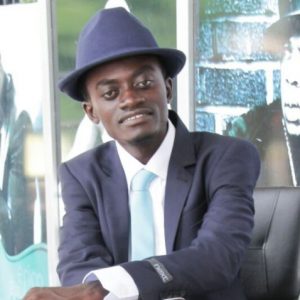 Affable comedian and actor Kwadwo Nkansah, otherwise known as Lil Win on Saturday made a unique entrance to the stage of the ‘S’ Concert when it was his turn to perform.

Dressed in an all-white gown, Lil Win stormed the stage with his dancers and a midget who unveiled him to the audience him by taking off his veil as a groom does to his bride.

The ‘Ladder’ hitmaker performed a number of fan favourite hitsongs that got the stadium buzzing.

Over 50 highly rated artistes including BET Award winner Stonebwoy, Samini, Edem, Shatta Wale and others performed on the night to the thrill of thousands of fans at the Accra Sports Stadium.

Organized annually since 2014 by the EIB Network-owned Starr 103.5 FM, the concert is yet Ghana’s biggest celebration of its A-List and budding artistes.