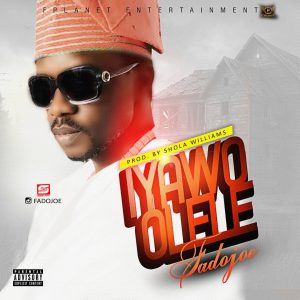 US-based pop musician, Fadojoe has finally released the video of his hit song, Iyawo Olele.
Iyawo Olele is about rebranding the marriage institution which many have taken as mere contract and not covenant as God instituted it.
Directed by Jaykeyz   Fadojoe’s song is an apt reminder of the feelings of couples during their wedding occasion. The song and video will continue to linger in their minds even long after the occasion.
Fadojoe staged a comeback fully to the Nigerian music scene with ‘One Life To Live’ and much anticipated ‘Iyawo Olele’ which has enjoyed massive support all around the world.
The album will be launched this week in the United States.