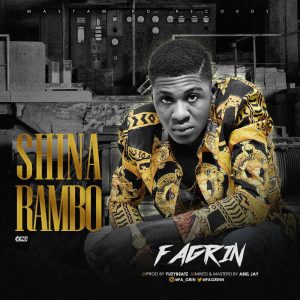 Kenechukwu popularly known as Fagrin has proven himself to be ready for the big league.

After the successful release of his last hit song titled “Uwa” in case, you don’t know he’s the brain behind it… He released other viral freestyles on social media.

Now he is back again with a Fresh banger for every hustler out there titled “Shina Rambo” Another prayerful hustler anthem which is produced by Yuzybeat & Mixed and mastered by Abel Jay.