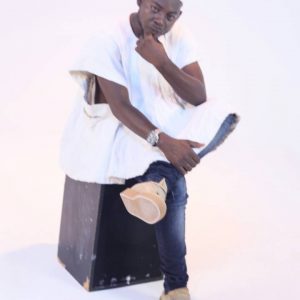 Northerner but Accra-based upcoming artiste, Sully Siisu, popularly known as DNF has been accused by fellow musicians for using ‘juju’ (black magic) to make his single ‘Kanzo’ popular and accepted by Ghanaians.

According to the information available to this blog, the desperate DNF in his quest for hit, contacted a ‘juju’ man in the northern region of Ghana to help him.
The information further stated that, DNF however failed to pay adherence to the instructions given to him by the juju man or mallam.
The juju man gave DNF two strong instructions to follow.

He should not to have sexual relationship with any woman for the next six month
He should not bath for a whole one month
He should also come back to compensate him with an awesome reward after he gets the hit.
DNF failed to adhere to these simple instructions and he is now having some sleepless nights, the information added.

When we contacted DNF to clear the supposed rumors, he gladly asked the news portal to go ahead and publish to article.