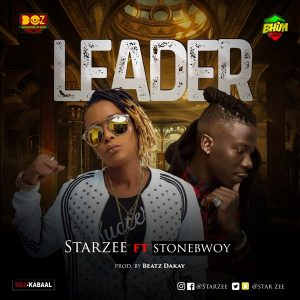 QueenKong ‘aka’ Star Zee lyrically has proved herself why she is the biggest Dancehall crooner from Sierra Leone; a lyrically deadly female singjay who matches her male counterparts boot-for-boot on riddim and there wasn’t a single dull moment from her on the song from start to finish. The official video which already began heavy rotation in Ghana (on 4Syte TV, TV7 & others) as well as big rotation in Sierra Leone on AYV TV is due to take over other TV Networks across Africa. #MP3Salone
DOWNLOAD
Facebook: Star Zee Official
Twitter: @StarZeeOfficial
Instagram: @StarZeeZee
DOWNLOAD VIDEO
Previous Post