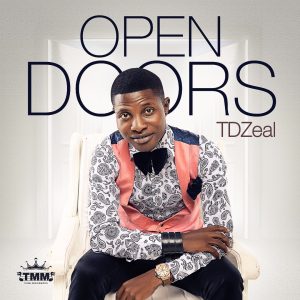 Award-winning Gospel Music Minister and a praise and worship leader TDZeal (Tolulope Soyemi) releases his highly anticipated album Open Doors as he continues to lead a movement to engage culture with faith in new ways, reaching millions across the world.

His new album “Open Doors” feature 11 tracks including such highlights like “Open Doors”, “Gbe Wa Wo”, “You are Awesome” (featuring Toeyoursea and Uchey), “Papa”, “Wellu Wellu”, “Without Your Love”, ” Yeeeeey Baba” and more, has quickly become a top hit on iTune, Boomplayer, Amazon and other online digital stores.

TDZeal played host to a special album release / annual worship Concert “Ephphatha” which has been a blessing to many.

In the same spirit, one of these tracks “Open Doors” is made available for free download while you enjoy God’s grace and purchase the full album on any of these digital stores.